We have received a full copy of Digital Heroes & Heroines of the Past: American History Curriculum free of charge in exchange for my honest review.  The curriculum is published by Amy Puetz, owner of Golden Prairie Press, and it is geared toward children in first to sixth grades, but it can also be used with older children.

The package we received includes everything in this picture, except the Coloring Book

A tidbit fact nice to know is that Amy Puetz is actually a homeschool graduate herself.  Her passion for American History shows through in the gentle and engaging curriculum she has produced for young children.

The bulk of the curriculum is organized in 2 main ebooks, but there’s a wealth of other materials that really bring history to live in a much more vivid and real way:

How We Used Heroes and Heroines of the Past

As soon as I received access to the digital files, and after going through all its sizable contents, I loaded the first ebook in my iPad. I never really intended to print it out –it is a large file, with lots of pages!

We have read it aloud at bedtime almost every night since we got it.  As I said before, it has delivered a very gentle and engaging account of the history beginning with Leif Erikson explorations of the New World, much, much earlier than the arrival of Columbus in 1492. We have not yet finished the first ebook, it’s rather a hefty volume with about 370 pages so I suspect, it will take us a little while longer.  The first ebook’s contents are organized as follows:

Within each Period there are 2 to 5 Sections, each Section has  5 lessons. Each lesson is supposed to be done daily, but the readings are so pleasant they make you want to continue. We’ve read up to 3 or 4 lessons at one sitting, and we would continue on, if it weren’t so late sometimes 😉  At the end of each lesson there are about 3 or 4 activities for the child to complete from the following bank of activities:

Super Hero and I, have really enjoyed the wrap-up activities. They’ve tied the lesson up so nicely. Probably my personal favorite has been the Examining Historical Art. For some reason, it just brought history to live in a much more vivid way to me.  Super Hero got a kick out of some games the colonial kids played such as “Blind Man’s Bluff”, which is playing tag but with a blindfold on.  Also, the historical accounts from a child’s point of view or about a child, naturally resonated with him very much.  He couldn’t get enough of the fact that, according to him, Columbus, or “Cristóbal Colón” as he said it, discovered America thanks to his son Diego being thirsty.  Indeed, had it not been for Diego needing a little detour while on their way to France (to pitch Columbus’ voyage to the French King), to have a drink at a Monastery nearby, Columbus, may have never had the fateful talk with the monk that eventually would vouch for him before Queen Isabella. I was thrilled to hear Super Hero’s conclusion, which he shared with me days after we had read that story.  He also enjoyed a few coloring sheets that were included, and he can’t wait for us to make some of the recipes. We’ll begin with Succotash, a beans and corn porridge made in the Southern Colonies. 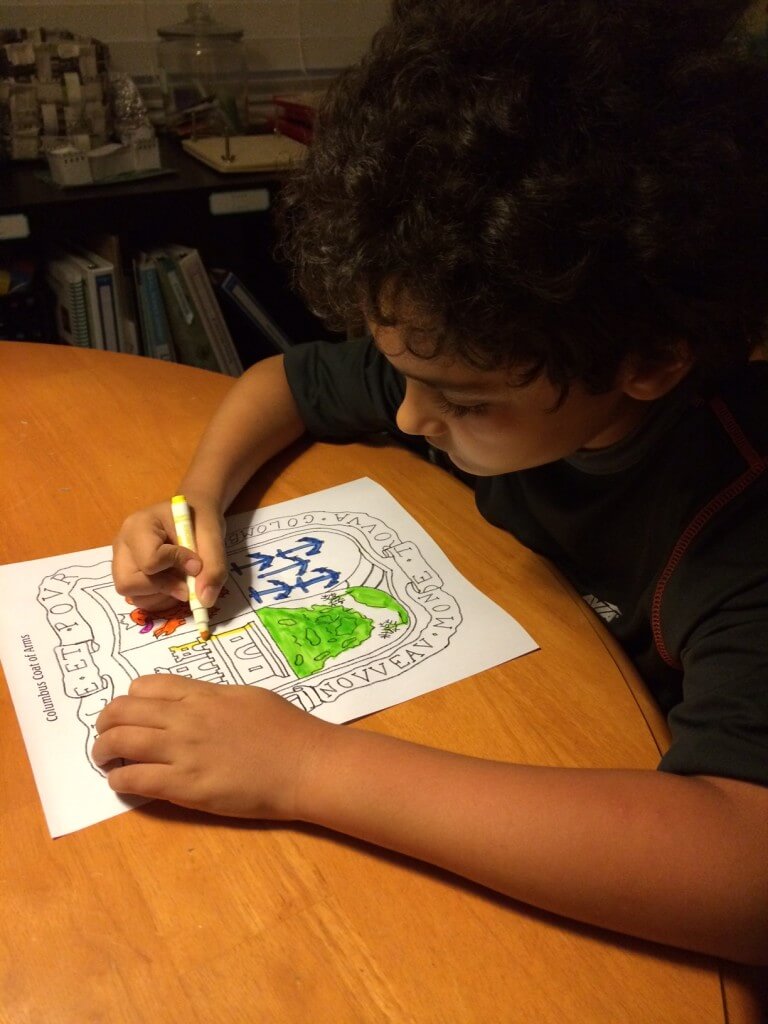 Super Hero has been having a blast with the Colonial America Easy Make & Learn and  Interactive 3D Maps: American History  ebooks I got from Scholastic Teacher Express at $1 each (on sale). These are maps, little booklets, accordions or scrolls about American History that have proved to be a beautiful complement to Amy Puetz’s US History curriculum. The maps and booklets wouldn’t have made the impact they have had we done them by themselves of course.  Moreover, Super Hero, is always requesting that we read more new stories from Heroes and Heroines of the Past, so we can be ready to do the next 3D map. 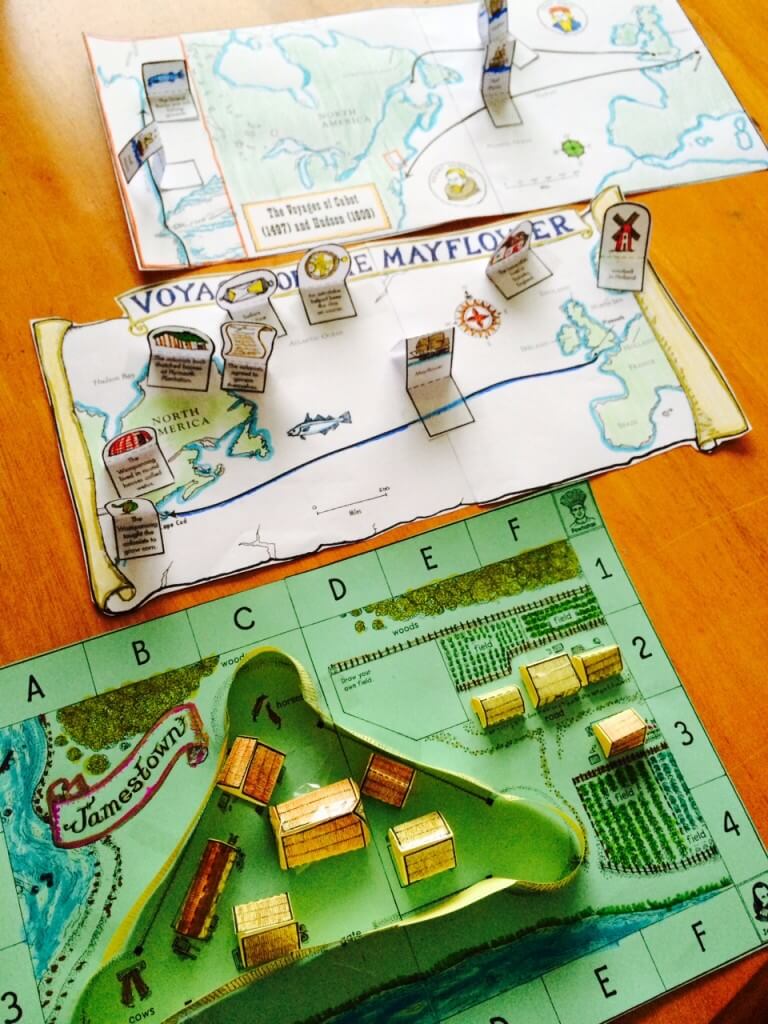 All of us, including Roberto, have really enjoyed the readings of Heroes and Heroines of the Past: American History.  Since I am not originally from the US, a lot of the Period of Colonization information, was actually new to me, and to Roberto, too.  In short, the whole family has been discovering or rediscovering the richness of U.S. History with the very pleasant readings and wealth of information that Ms Puetz has put together.  The price for the Heroes and Heroines of the Past: American History Curriculum is $98.99, which for all the materials received, is very reasonable.

This is a Christian curriculum.  It has Bible verse memorization included as one of the lessons’ activities. Since we maintain a secular homeschool, and most of our readers follow a secular perspective as well, I want to make this clear to all of you.  Nevertheless, it was very easy to just skip or omit any such activities. This hasn’t deter us at all, in fact, we plan to continue using Heroes and Heroines of the Past: American History until we’re finished with book 2.  I envision many, many more bedtime American History stories!

If you’d like to read more reviews about other  Crew members’ experiences with this nicely put-together US History curriculum, please visit the Crew’s page here:

Secular US History Curriculum for 7 to 10 Year Olds

Homeschooled How American Homeschoolers Measure Up