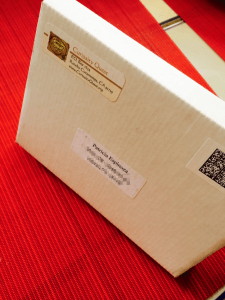 All three of us here at home have really enjoyed watching the 2 Curiosity Quest DVDs that were sent to us for free, in exchange for my review as a member of The Old Schoolhouse Review Crew.  Curiosity Quest is a family educational program that explores different subjects such as science, sports, careers, instruments, how-to’s or anything viewers are curious about.  If you’ve seen the show “How It’s Made” in Discovery Channel, then you get the gist of Curiosity Quest, except CQ is not so formal or scripted, CQ’s just plain funner, and appropriate for kids as young as 7.

Our postman delivered a package containing 2 DVDs, as I said. The first one we watched was “The DVD Combo Pack – Produce“, which talked all about mushrooms, cranberries and orange packing. In 30 minutes per topic, the likable and upbeat host, Joel Greene, interviews, learns and explores right along with you, the viewer.  The second vide, “The DVD Combo Pack – Swimmers of the Sea” covered sea turtle rescue, penguins and salmon.

Curiosity Quest‘s format is totally kid-oriented, so that’s a big plus. Joel introduces the topic, which is always a response to a question submitted by a child viewer of the show. He then, develops this question into a complete educational experience. Joel interviews the experts and follows the process or sequence, all interspersed with kids delivering fun-trivia fact bits, as well as segments where various children attempt to answer topic-related questions. These children’s contributions go from cute to adorable and hilarious.  Truly a solid way to engage a young audience, I’d say!

We learned a great deal about these produce items and sea creatures.  Joel Greene visited a mushroom farm in Alabama, a cranberry field in Wisconsin –the largest such field in the country, and an orange grove in California. For the second set of topics, CQ took us to an aquarium full of penguins in California, a sea turtle hospital in Marathon (Florida, our home state –yay!), and a salmon hatchery in none other than gorgeous Alaska. 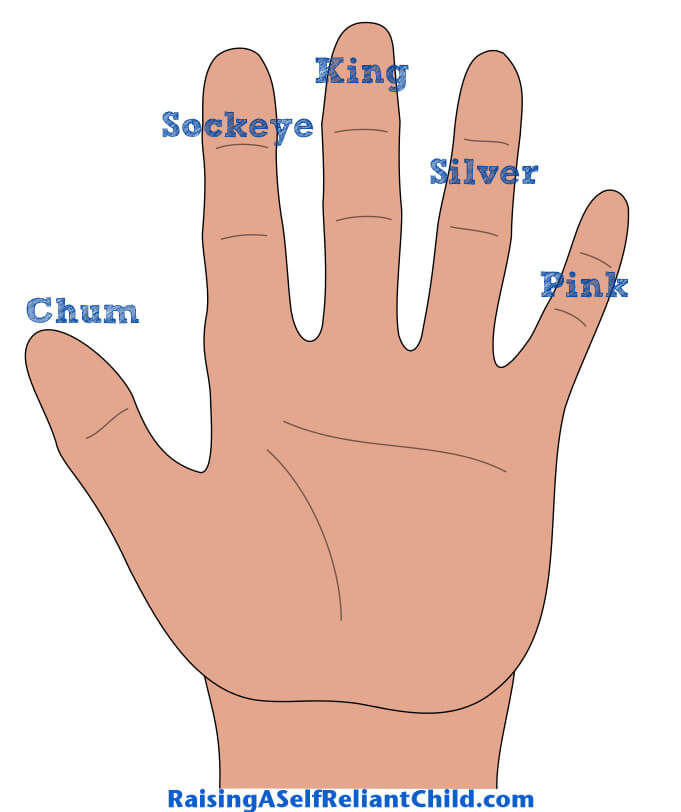 Here’s a fun fact about salmon that we learned thanks to Curiosity Quest. There are 5 species native to Alaska, and the easiest way to remember them is by using the fingers in your hand:

1. Pink – pinky finger
2. Silver or Coho – ring finger (you could be wearing a silver ring)
3. King or Chinook – middle finger, the tallest finger for the largest species, can weigh up to 125 lbs. WOW!
4. Sockeye – point your pointer finger to your eye
5. Chum – it’s your thumb (can you hear the rhyme?)

As homeschoolers, we absolutely love the ability to learn directly from the world around us, and though we were  not actually present in these farms, aquariums or hatcheries, Curiosity Quest gave us the closest best thing to being there.  It delivered a real virtual field trip that made you feel like getting up and going straight to picking berries and oranges, or to witnessing the sea turtle’s and salmon’s astonishing quest for live!

We thoroughly appreciated the humor, the enthusiasm and the kid-friendly nature of the show.  Roberto immediately suggested we should watch more episodes, and both, Super Hero and I, entirely agreed.  Curiosity Quest does offer a monthly membership package, but only for physical DVDs.  I strongly prefer the option of an online video streaming membership, much like Netflix. It would not only allow us to watch anytime, anywhere, it’s also a major advantage over storing bulky video boxes.  Unfortunately, it doesn’t appear that Curiosity Quest offers that choice.  Instead, CQ’s online store is full of DVDs singles and combos, starting at $19.95.  Hopefully, Joel Greene and his team will consider setting up a video streaming option rather soon, whether the access be for single titles or on a membership form.

So to wrap up, yes, we thoroughly enjoyed Curiosity Quest. I’m so glad I had the opportunity to review these videos. I appreciate Joel Greene and his team for a very educational, entertaining and thoughtful show, that both kids and adults enjoy very much. Keep them coming!