“I gotta run to my computer! ” Super Hero says as he sprints toward it.  You’d think there weren’t enough computers, there were plenty (he was the first to step inside the computer room), or he doesn’t get enough computer time at home, he gets plenty, trust me!  However, the game programming classes at the Miami Science Museum seem to have that electrifying effect, not just on Super Hero, but on pretty much all the children. The instructor is a super-high energy dude, who totally succeeds in keeping the children’s attention glued to the task at hand. He caters not just to the students, but to the moms, and the younger siblings who accompany them as well.  He provided a “plethora of materials” –his words, not mine– such as legos, crayons, paints, etc. to keep the little ones (and the adults) occupied.  As soon as he saw me with another mom browsing my iPad, he immediately offered the password for the computer room’s internal network’s because “it’s much faster than the museum’s public wi-fi.”   Hey, we like this , dude!

The children are learning video game programming using Scratch, a free, web-based, or downloadable platform developed by the folks at MIT.  Scratch’s a very popular programming language that will allow you to program pretty sophisticated interactive stories, games and animations. The web-based version also allows you to share and collaborate with your buddies, just like a regular online community so commonplace these days.

The technology room at the museum is also something to be very pleased about.  It boasts a colorful and funky decoration with a good number of computers, both MAC and PC, and all sorts of high-tech gadgets and toys. There are also piano keyboards, guitars and other musical instruments, and a comfy lounge area with a small library filled with science books for you to relax and chill if you need to. 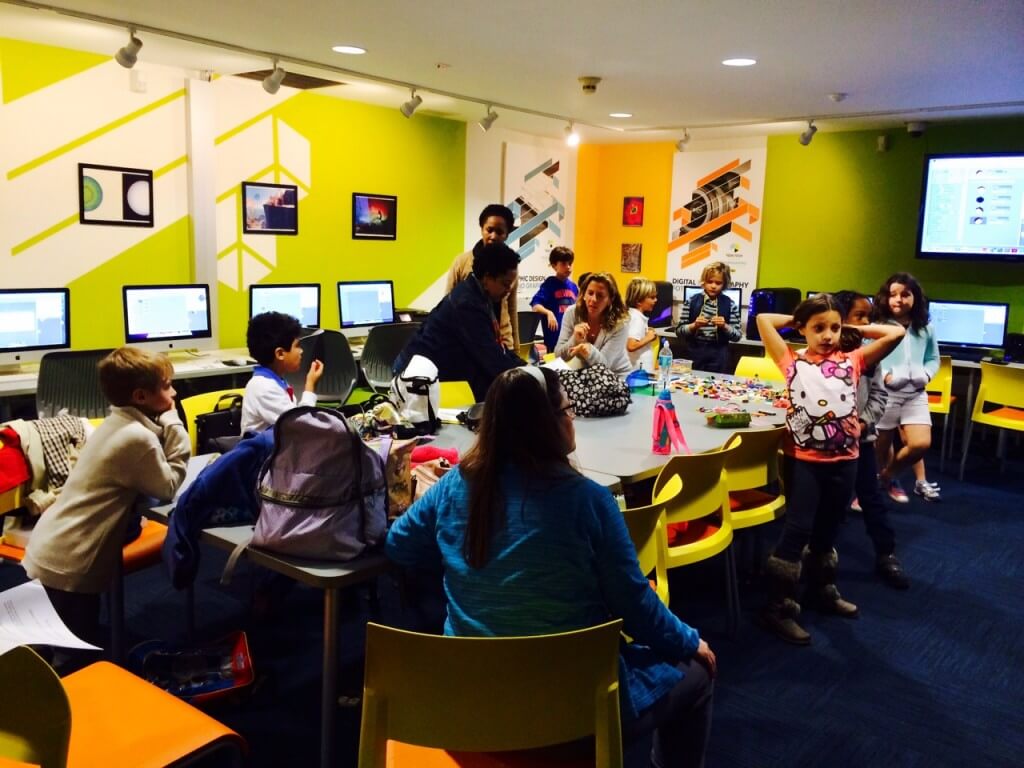 In short, the video programming class at the Miami Science Museum has been such a positive experience so far. The enthusiasm it generates on the children alone is invaluable, not to mention the learning of good programming skills, in a fun environment with a completely age-appropriate piece of software.  Thank you Mikael, Karlisa and the rest of the staff for making these fantastic programs available to us homeschoolers!

Field Trip to Fort Lauderdale’s Museum of Discovery and Science