All About Spelling Short Vowel Sounds

Today we reviewed the short sounds for all vowels and practiced putting together words with such sound.  I so appreciate having the CD to play the sounds over and over again, as I’m learning them myself too.  It was very entertaining for AA to ‘play’ with the tiles. Granted, the actual words are still really easy for him to spell, since we’re studying 3-letter words only, but still feels more like a game for him.  I intend to get a large magnetic dry erase board for AAS but it the meantime, a cookie sheet is working fine! 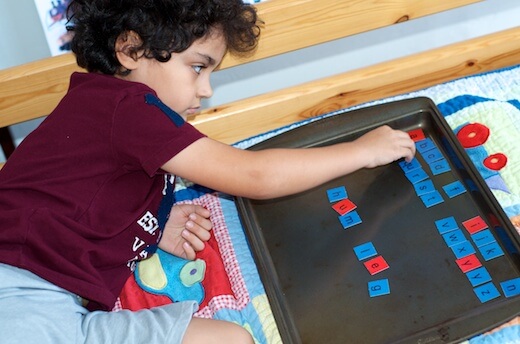 Today AA worked reviewing part-whole circle sets with 3 parts. He timed himself for practice sheet #5 and we played the game of Rows and Columns to find totals of 15. As usual, he won the game 🙂

Today we did the worksheets for lowercase letters C, O, and S.  I’m so glad I bought HWT workbook in Spanish as well so I’ll be posting more on how it’s going for AA with it.  We listened to the songs and practiced tracing the letters in the slate and door.  These tracing exercises are such a simple thing but AA gets a kick out of’em. 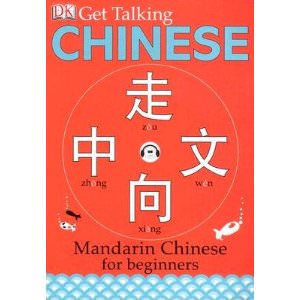 I recently got the book Get Talking Chinese, Mandarin Chinese for Beginners  from Amazon to kind of spice up his Rosetta Stone lessons, and I think it’s working out very nicely so far.  The lessons are very short and concise with a very nice, very visually oriented layout. The audio CD is very clear –an indispensable companion to follow along. AA –and I– have enjoyed it so far. The first couple of tracks focus on the pronunciation for each beginning and ending syllables. Then, they put the beginning and ending sounds together.  Today, AA did lesson 4 or rather, track 4: the 4 different types of tones, for about 10 minutes. 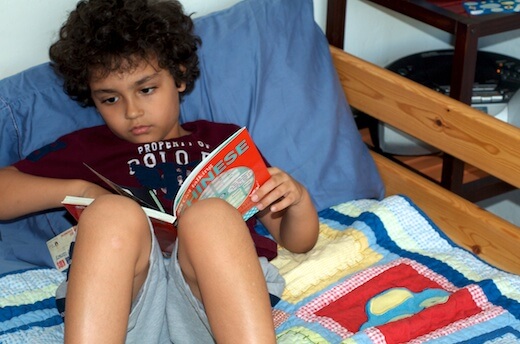 Following Get Talking Chinese along with its audio CD

We watched a 20-minute video in youtube on how the universe is expanding. Read some explanations on the big bang, Hobble and how he realized the universe is expanding.  Lastly, we carried out a hands-on activity to understand such expansion more: Barely inflated a balloon and labeled it with 6 random dots A through E and one with the word Home. Then inflated more the balloon and measured the distance between home and the other dots. Then repeated this and measured the distances again.  AA wrote all the distances down in a chart and could appreciate the expansion.

Our First Day with Handwriting Without Tears

All About Spelling $50 Gift Certificate Giveaway